‘All or Nothing: Arsenal’ to premiere on Amazon Prime Video next year 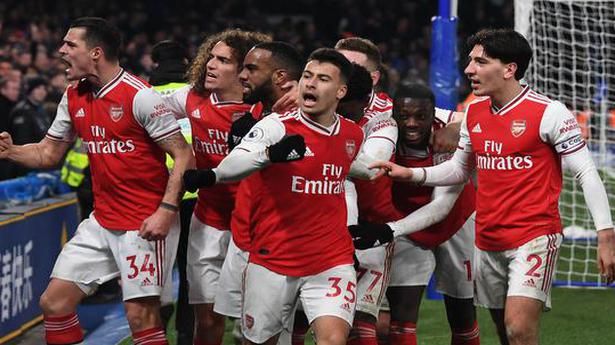 Streaming platform Amazon Prime Video on Friday introduced that its documentary sequence “All or Nothing: Arsenal”, providing an unprecedented inside-look on the 2021/22 season with one of many Premier League’s most profitable soccer golf equipment, will arrive in 2022.

The sequence will launch solely on Prime Video in over 240 nations and territories.

According to a press launch issued by the digital platform, “All or Nothing: Arsenal” will take viewers behind the curtains as Arsenal focus their efforts on difficult for home success and returning to elite European competitors.

The documentary sequence may also seize the highs and lows of life on the Arsenal Training Centre and comply with the group off the pitch to present the day by day challenges confronted by the athletes all through the pressure-filled competitors calendar.

“We are looking forward to giving our fans around the world a unique insight into how we work day to day. We have one of the biggest global followings in the game and one consistent thing we hear from fans is their desire to see more about what happens behind closed doors at the club,” stated Mark Gonnella, Arsenal’s media and communications director.

Dan Grabiner, head of UK Originals, Amazon Studios, stated “All or Nothing: Arsenal” will give the viewers an intimate entry to the fervour and dedication behind sport.

“Arsenal is a historic club going through a fascinating period, and we can’t wait to take viewers behind-the-scenes on the journey of this crucial season. ‘All or Nothing’ is about intimate access to the passion and commitment behind elite sport, and in Arsenal we have the perfect subject for the next chapter,” he stated.