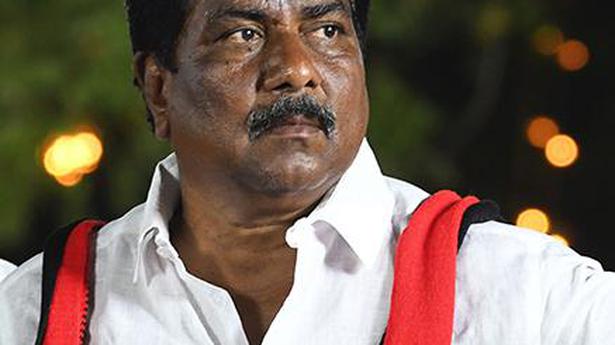 
Minister for Commercial Taxes and Registration P. Moorthy on Thursday directed officers that elevated platforms on which Sub Registrars are seated at Sub Registrar Offices throughout the State must be eliminated.

An official launch mentioned the Minister made the choice to make sure that these visiting Sub Registrar Offices are handled with respect.

The Minister additionally ordered the elimination of buildings stopping most people from getting near Sub Registrars.

“The Minister has said that senior officials should not be seated on elevated platforms, but along with other officials, to serve the people,” the discharge mentioned. Since all providers supplied by Sub Registrar Offices are computerised and funds are made electronically, there was no want for elevated platforms for Sub Registrars to sit down, the Minister mentioned. A round has been issued by the Inspector General of Registration to all Sub Registrar Offices. Some in the past, an identical determination was taken however was subsequently withdrawn by the State authorities, after the Tamil Nadu Registration Department Officials’ Association represented stating that Sub-Registrars had judicial powers underneath legislation whereas conducting enquiries on sure paperwork.

An elevated platform, like in courts, helps have a transparent view whereas analyzing registrants, witnesses and different respondents, an official mentioned. He added that underneath Section 347 of the CrPC, when the State authorities so directs any Registrar or Sub-Registrar appointed underneath the Registration Act, 1998, shall be deemed to be a Civil Court.